When I was a teenager living in Honduras, my sisters, mom, and myself joined the church choir. Once I was asked to be the choir soloist.  I sang in front of 2,000 people who attended Church that day (all the churches in the the area from my faith gathered that day). I thought,  I'm only 12 years old!  Why don't they ask someone more mature than me?  I stood in front of ALL these people and I was trembling. It was a nice and terrifying experience all at the same time. It was a life changing event for me.

My sisters and I continued singing together.  This time not only church songs in church,  but we also started singing songs from the radio.  We eventually were on a talent show competition on national television with Willard Scott as the host.  Even though we didn't sing professionally, we enjoyed singing together and shared our love for music with everyone.

When my five children were little, I taught them dances and songs to perform for neighbors, festivals and family reunions.  It was a tradition with my sisters, The Mayorga Sisters, to  have fun family shows. We had our children participate as well.  I wanted to keep that tradition with my five kids. I wanted them to feel the joy of giving their time and talents instead of  trying to find a gift at the store that only brought happiness for a short time.  We spent hours preparing  songs.  I remember when we lived in Sandy, Utah. I put Santa hats on my kids and we went through the neighborhood asking if we could share our Christmas songs with them.  Neighbors gladly accepted, and we left their homes with joyful hearts.  The true spirit of Christmas was felt in our hearts!

All of my five children were very talented and easy to work with since they loved music, and we had fun at the practices. Daniel taught himself to play guitar and piano, as well as Jazzy and Amber are self taught at the piano, Claudia had a great personality and energy.  I always thought she was going to be a movie star.  David as you may know, went on to participate in competitions. When he was on American Idol his career took off.

Besides teaching my children and others to sing and perform, I have also continued to perform professionally for church and community.  This love of music has been such an important part of my life that I want to share it with others. I would like to dedicate this school to my children, Claudia, David, Daniel, Jazzy and Amber.  This is why I have  named it “Archuleta Performing Arts”.

Music Lessons Were the Best Thing Your Parents Ever Did for You, According to Science

Music Lessons Were the Best Thing Your Parents Ever Did for You, According to Science By Tom Barnes Feb 17 2015   If your parents ever submitted you to regular music lessons as a kid, you probably got in a fight with them once or twice about it. Maybe you didn't want to go; maybe you didn't like practicing. But we have some bad news: They were right. It turns out that all those endless major scale exercises and repetitions of "Chopsticks" had some incredible effects on our minds. Psychological studies continue to uncover more and more benefits that music lessons provide to developing minds. One incredibly comprehensive longitudinal study, produced by the German Socio-Economic Panel in 2013, stated the power of music lessons as plain as could be: "Music improves cognitive and non-cognitive skills more than twice as much as sports, theater or dance." The study found that kids who take music lessons "have better cognitive skills and school grades and are more conscientious, open and ambitious." And that's just the beginning. The following list is a sampling of the vast amount of neurological benefits that music lessons can provide. Considering this vast diversity, it's baffling that there are still kids in this country who are not receiving high-quality music education in their schools. Every kid should have this same shot at success. 1. It improved your reading and verbal skills. 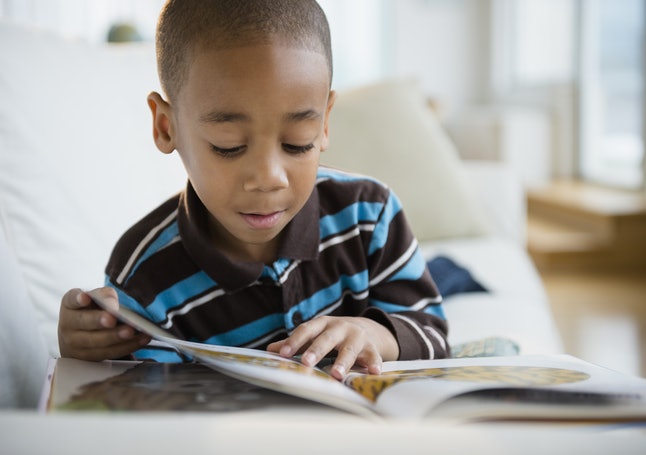 Several studies have found strong links between pitch processing and language processing abilities. Researchers out of Northwestern University found that five skills underlie language acquisition: "phonological awareness, speech-in-noise perception, rhythm perception, auditory working memory and the ability to learn sound patterns." Through reviewing a series of longitudinal studies, they discovered that each these skills is exercised and strengthened by music lessons. Children randomly assigned to music training alongside reading training performed much better than those who received other forms of non-musical stimulation, such as painting or other visual arts. You've got to kind of feel bad for those kids randomly assigned into art classes.

2. It improved your mathematical and spatial-temporal reasoning. 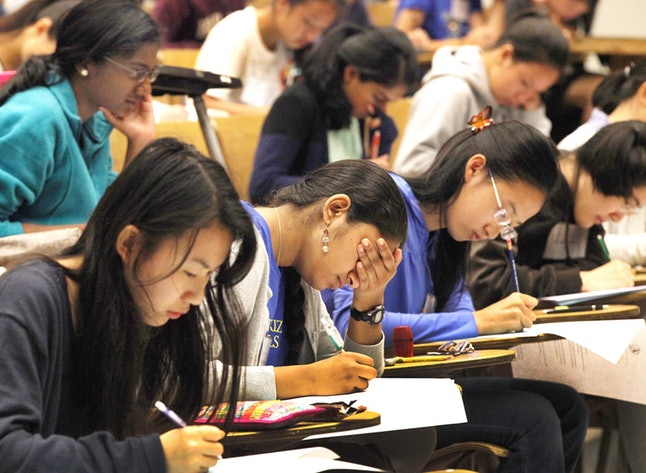 Music is deeply mathematical in nature. Mathematical relationships determine intervals in scales, the arrangement of keys and the subdivisions of rhythm. It makes sense then that children who receive high-quality music training also tend to score higher in math. This is because of the improved abstract spatial-temporal skills young musicians gain. According to a feature written for PBS Education, these skills are vital for solving the multistep problems that occur in "architecture, engineering, math, art, gaming and especially working with computers." With these gains, and those in verbal and reading abilities, young musicians can pretty much help themselves succeed in any field they decide to pursue. 3. It helped your grades. 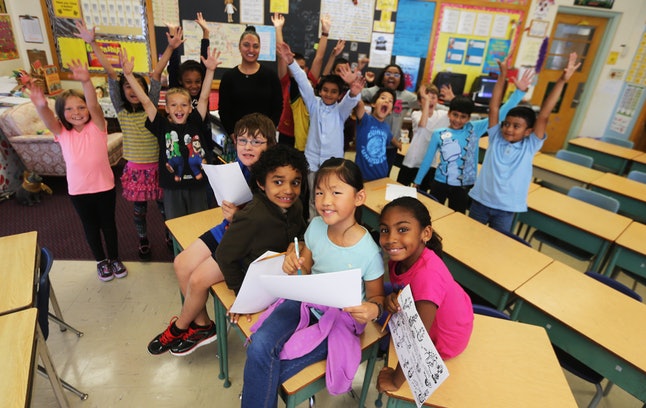 In a 2007 study, Christopher Johnson, a professor of music education and music therapy at the University of Kansas, found that "elementary schools with superior music education programs scored around 22% higher in English and 20% higher in math scores on standardized tests compared to schools with low-quality music programs." A 2013 study out of Canada found the same. Every year that scores were measured, the mean grades of the students who chose music were higher than those who chose other extracurriculars. While neither of these studies can necessarily prove causality, both do point out a strong correlative connection. 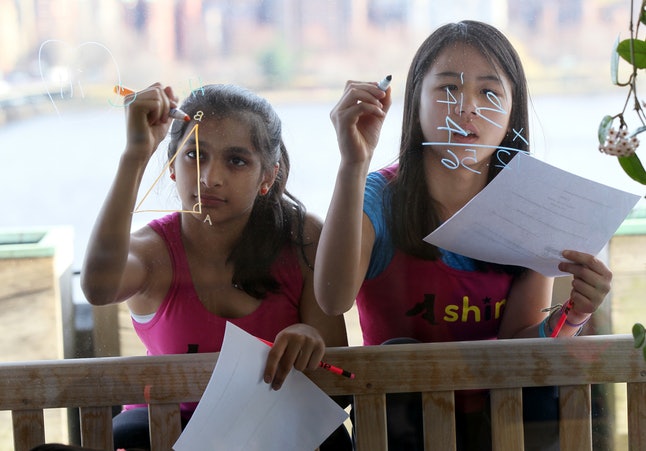 Surprisingly, though music is primarily an emotional art form, music training actually provides bigger gains in academic IQ than emotional IQ. Numerous studies have found that musicians generally boast higher IQs than non-musicians. And while these lessons don't necessarily guarantee you'll be smarter than the schlub who didn't learn music, they definitely made you smarter than you would have been without them. 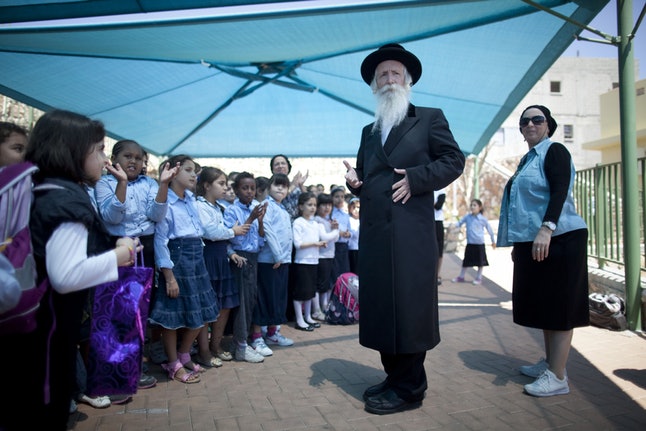 Children who start studying music early in life develop stronger linguistic abilities. They develop more complex vocabularies, a more nuanced understanding of grammar and higher verbal IQs. These benefits don't just impact children's learning of their first language, but also their ability to learn every language they attempt to learn in the future. The Guardian reports: "Music training plays a key role in the development of a foreign language in its grammar, colloquialisms and vocabulary." These heightened language acquisition abilities will follow students their whole lives and will aid them when they need to pick up new tongues late in adulthood.

6. It made you a better listener, which will help a lot when you're older. 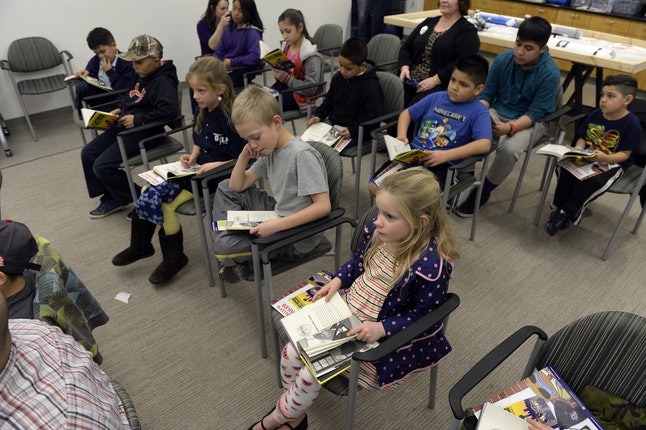 Musical training makes people far more sensitive listeners, which can help tremendously as people age. Musicians who keep up with their instrument enjoy a much slower decline in "peripheral hearing." They can avoid what scientists refer to as the "cocktail party problem" in which older people have trouble isolating specific voices (or musical tones) from a noisy background.

7. It will slow the effects of aging. 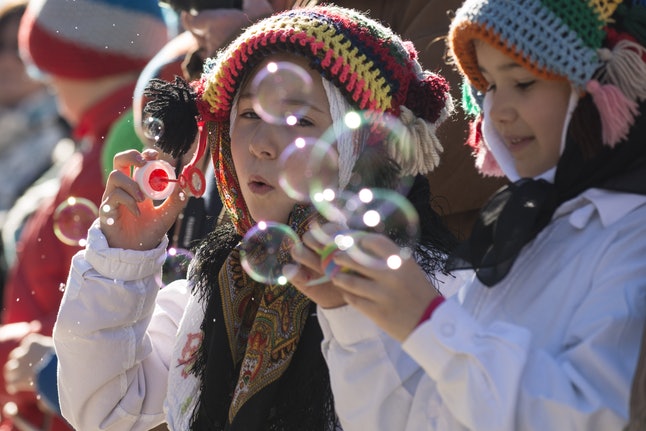 But beyond just auditory processing, musical training can also help delay cognitive decline associated with aging. Some of the most promising research positions music as an effective way to stave off dementia. Studies out of Emory University find that even if musicians stop playing as they age, the neurological restructuring that occurred when they were kids helps them perform better on "object-naming, visuospatial memory and rapid mental processing and flexibility" tests than others who never played. The study authors add, though, that musicians had to play for at least 10 years to enjoy these effects. Hopefully you stuck with it long enough.

8. It strengthened my motor cortex. 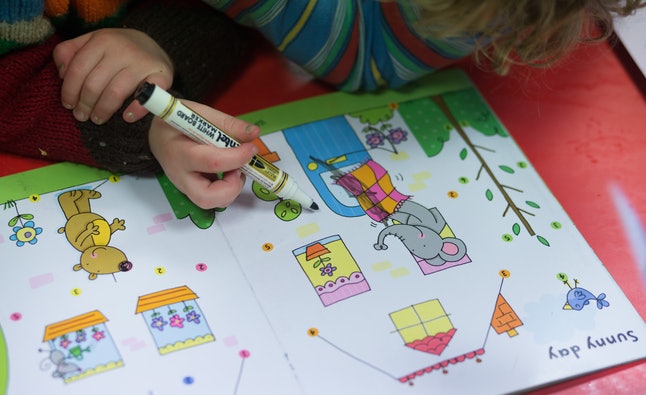 All musical instruments require high levels of finger dexterity and accuracy. The training works out the motor cortex to an incredible extent, and the benefits can apply to a wide range of non-musical skills. Research published in the Journal of Neuroscience in 2013 found that kids who start learning to play before the age of 7 perform far better on non-musical movement tasks. Exposure at a young age builds connectivity in the corpus callosum, which provides a strong foundation upon which later movement training can build.

9. It improved your working memory. 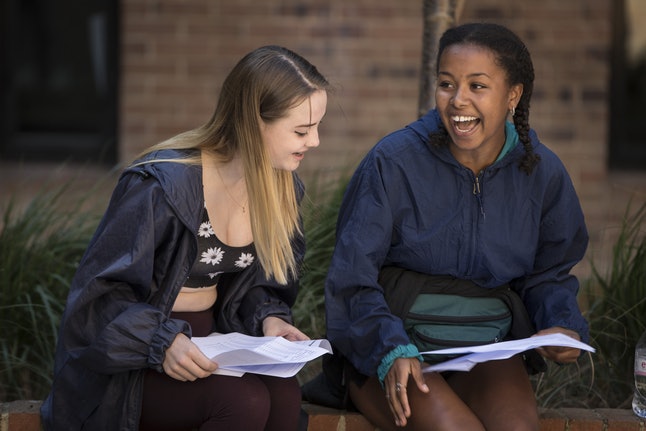 Playing music puts a high level of demand on one's working memory (or short-term memory). And it seems the more one practices their instrument, the stronger their working memory becomes. A 2013 study found that musical practice has a positive association with participants' working memory capacity, their processing speed and their reasoning abilities. Writing for Psychology Today, William R. Klemm claims that musicians' memory abilities should spread into all non-musical verbal realms, helping them remember more content from speeches, lectures or soundtracks.

10. It improved your long-term memory for visual stimuli. 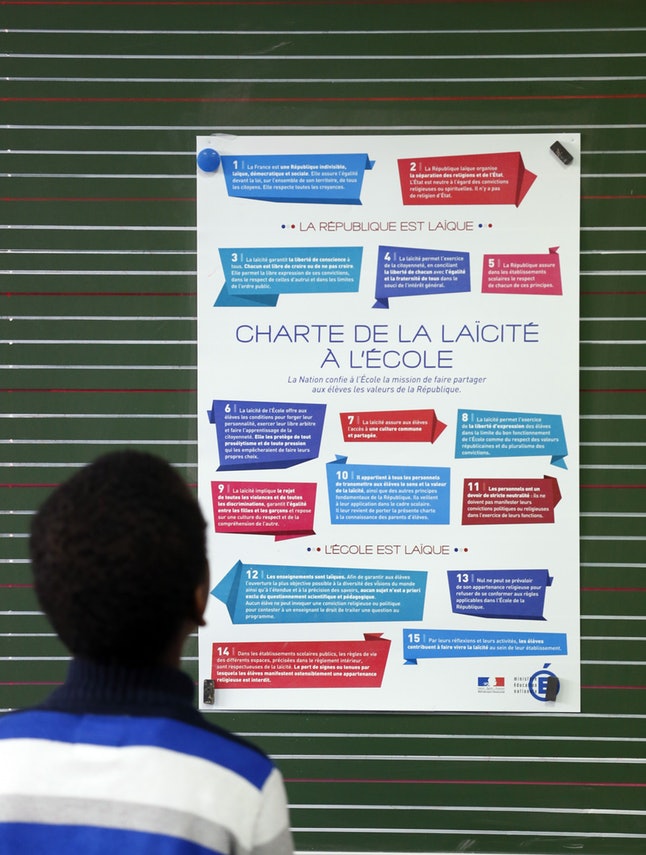 Music training can also affect long-term memory, especially in the visual realm. Scientists at the University of Texas at Arlington reported last year that classically trained musicians who have been playing more than 15 years score higher on pictorial long-term memory tests. This heightened visual sensitivity likely comes from parsing complex musical scores. The study makes no claims for musicians who learn to play without reading music.

11. It made you better at managing anxiety. 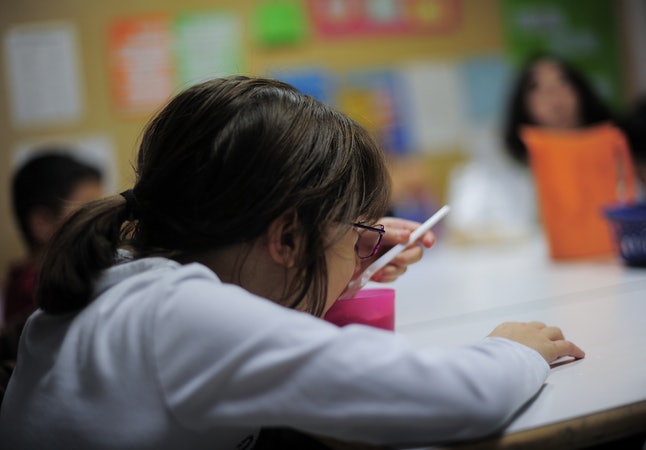 Analyzing brain scans of musicians ages 6 through 18, researchers out of the University of Vermont College of Medicine have found tremendous thickening of the cortex in areas responsible for depression, aggression and attention problems. According to the study's authors, musical training "accelerated cortical organization in attention skill, anxiety management and emotional control." That's why you're so emotionally grounded all the time, right? Right.

12. It enhanced your self-confidence and self-esteem. 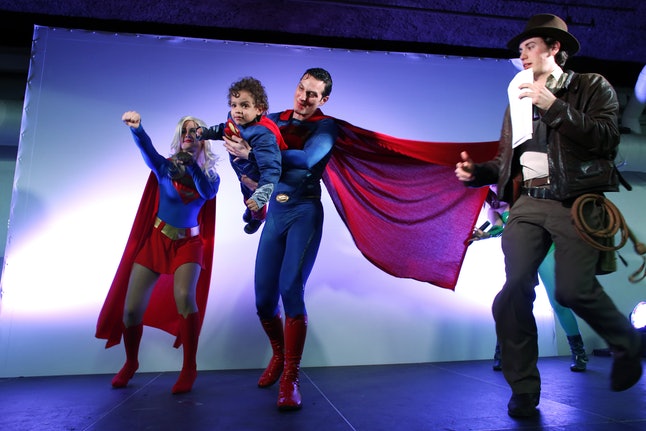 Several studies have shown how music can enhance children's self-confidence and self-esteem. A 2004 study split a sample of 117 fourth graders from a Montreal public school. One group received weekly piano instruction for three years while the control received no formal instructions. Those who played weekly scored significantly higher on self-esteem tests than those who did not. As most of us know, high levels of self-esteem can help children grow and develop in a vast number of academic and non-academic realms.

13. It made you more creative. 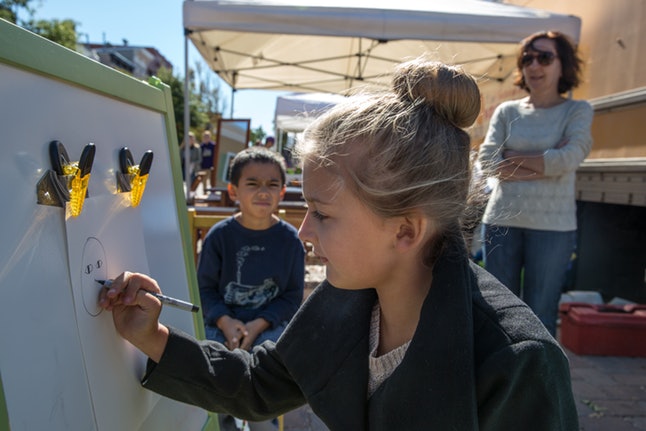 Creativity is notoriously difficult to measure scientifically. All measures generally leave something to be desired. But most sources hold that music training enhances creativity "particularly when the musical activity itself is creative (for instance, improvisation)." According to Education Week, Ana Pinho, a neuroscientist at the Karolinska Institute in Stockholm, found that musicians with "longer experience in improvising music had better and more targeted activity in the regions of the brain associated with creativity." Music training also enhances communication between the right and left hemispheres of the brain. And studies show musicians perform far better on divergent thinking tests, coming up with greater numbers of novel, unexpected ways to combine new information.